What I Learned Doing 3 Talks In 3 Days 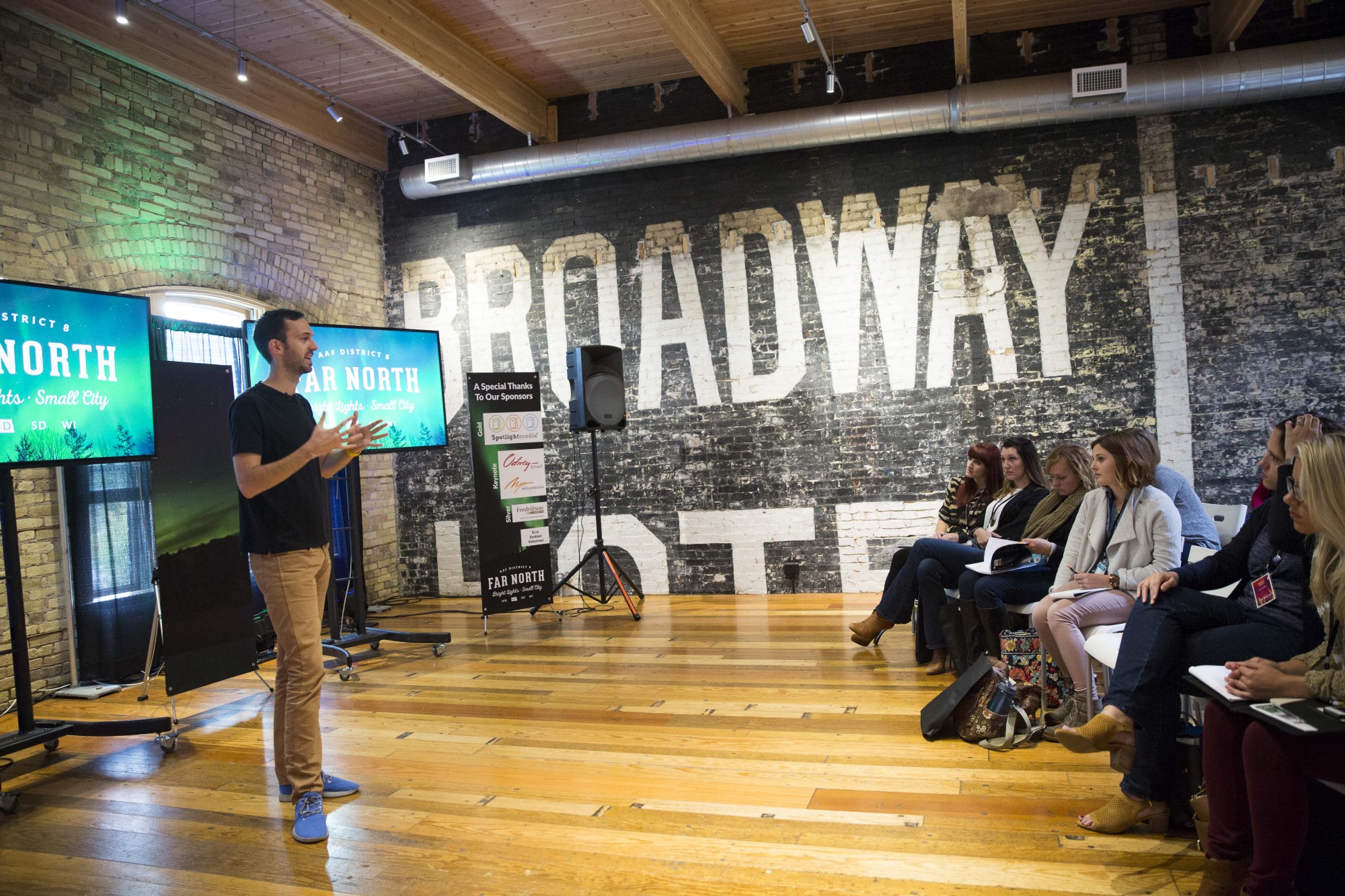 I should already know this since Lemonly is in the business of telling stories, but time and time again I realize the power of story, especially during those three days. It’s a trademark of my talks to begin with a story, then move on to slides of facts, data, and analogies––all very powerful in their own right––but this new talk on company culture is built entirely of stories, and it clearly connected with the audience. Certainly a different approach than I’m used to.

For this talk, I drew upon past experiences, shared humorous memories, and explored things that worked (and things that didn’t work) at Lemonly. Using this tactic helped the audience relate and better understand my point. It’s still hard sometimes to believe that an audience would be interested in hearing me tell stories about myself and my company culture for an hour (feels very self-involved), but I continue to remind myself that each audience can take something away from my talks to improve their own situations, and that’s why I do it.

There are two points to this lesson. The first is as a speaker, I need to have a couple of go-to, ready-to-rock talks that I can pick up and give anywhere. Writing, designing, and practicing a new talk can be very time-intensive and costly. I used to write a new talk for every speaking opportunity, but, as I mentioned above, I’m down to two. I’ve learned to have my talk always armed and ready. That’s Point 1.

But, I always look for opportunities to customize. (Point 2.)

I’m not talking about starting a new talk from scratch, redesigning all the slides, or stretching myself to speak on a topic I’m not comfortable with, but subtle, yet powerful opportunities to customize can elevate a talk to the next level.

Be prepared, but customize constantly.

In this case, the prep work was particularly challenging with several different speaking environments in a short amount of time, but I did my research as usual. I learned about each conference and its theme, who to expect in attendance, and what they’d be looking to learn.

The day of, I like to take a picture and customize my deck with a personal touch. I also like to take a quick “inventory” of my audience before I start, just to help me customize further. I’ll ask yes or no questions and ask audience members to raise their hands high.

“How many people have ever been to South Dakota?” “Raise your hand if you’ve ever made an infographic.” “Who thinks Donald Trump is an idiot?” (Pro tip: that last one should really help you get a pulse of your audience.)

I’ve found doing this quick and easy intro engages my audience, gets their blood moving and their ears turning, and it helps me get buy-in from the crowd and a pulse of who they are. It also helps break the ice for later Q&A. Speaking of which…

3. Q&A is Earned, Not Expected

In nearly every talk I give, I like to leave time for Q&A. (In fact, someday I’m going to get away with the entire talk comprised of Q&A. Stay tuned.) For my talk in Fargo, I had 60 minutes, so naturally I planned to present for 45–50 minutes, leaving the rest for questions. I had no idea the organizers had already built in 10 minutes of cushion after my hour for Q&A.

The speaker before me saved time for questions after his talk and did not receive one. Crickets! Nervously, the conference organizer came up to me and said, “You may need fill the entire hour because it doesn’t seem like our crowd is going to ask questions.”

And we did. We filled all 25 minutes of questions. I even had a few folks stay through their lunch break to ask a question one-on-one. This situation contains an important lesson: Q&A is not a right.

I do not deserve questions just because I stand up in front of a crowd and talk. Questions should not be expected. Questions need to be earned.

Because I engaged the audience, made them feel comfortable, and was transparent and honest about my stories and topic matter, I earned my 25+ minutes of questions.

The best thing that giving three talks in three days did for me? Provide an opportunity for valuable practice. When you only give a talk once a month, it can be tough to work out the kinks and remember what worked with the last crowd and what didn’t.

Three conferences in three days gave me three audiences to learn from, three chances to become even more assured of the value in my talks, and three opportunities to impact the way people perceive the world around them.

For more insights on the power of visual storytelling or building a people-first company culture, book John T. Meyer to speak at your conference, event, or  company.