It’s Euro Cup 2012 time!! Here at Lemonly, we definitely have a few soccer/football fans in the house that have been pumped up for the tournament and some soccer newbies that are just getting into the game.So we decided to make an infographic about something we love!

While researching our facts and figures for it, our die-hard fans had the games playing on TV,  live streams of games on their computers, and podcasts of commentary playing after the games were done. There is definitely some Euro 2012 fever around here! 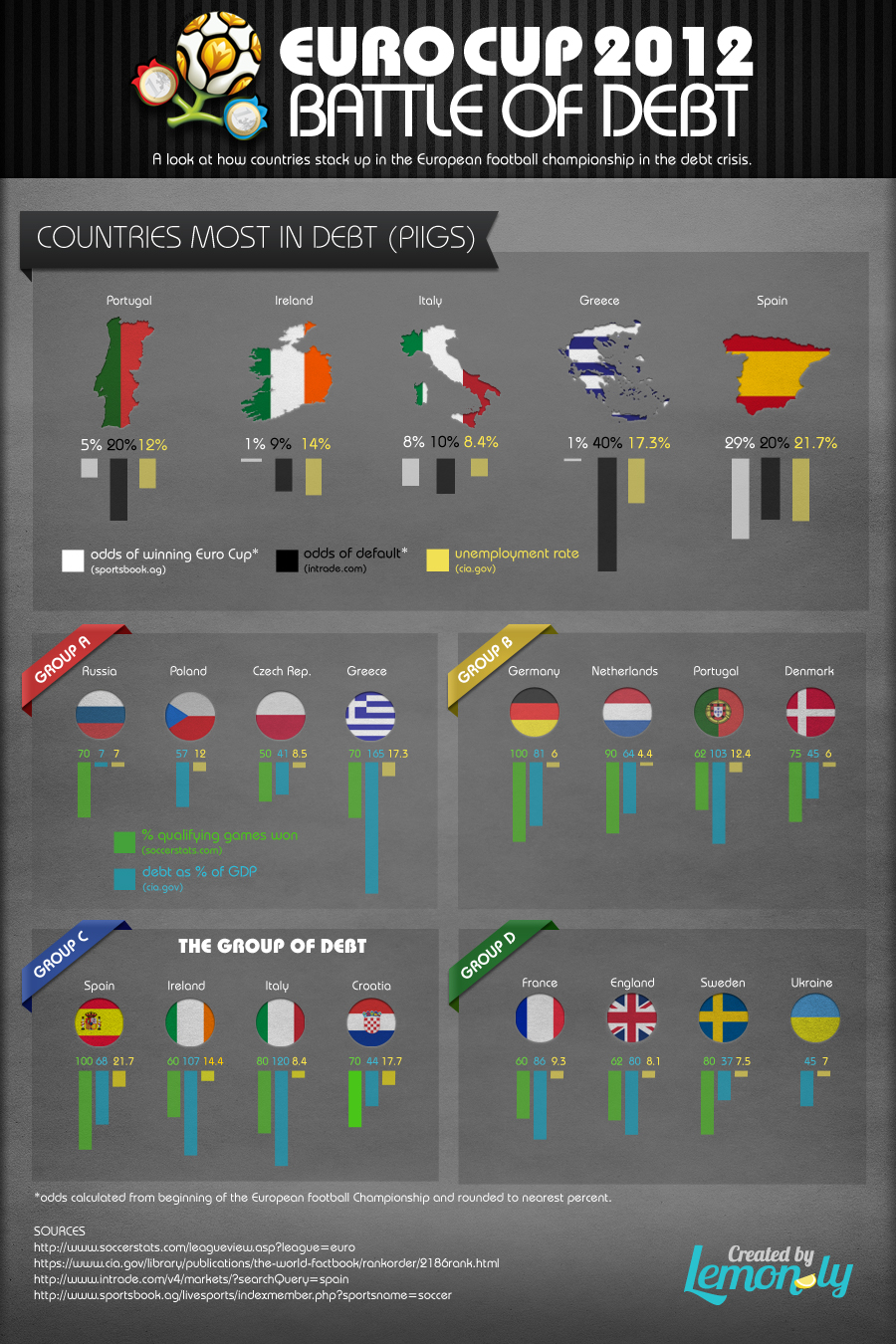 A few critical questions that we were wanted to put into perpective were things like.. how does the debt and odds of winning stack up for the countries in the tournament? Does rate of unemployment correlate with odds of winning? The Euro Cup is moving to the quarterfinals, but the euro currency trudges on.

Take a look at our infographic and see the odds and stats for your favorite team. GOAALL!