Grounding its roots in South Dakota, Lemon.ly created an infographic last year highlighting some of the most popular brands in South Dakota according to the number of Facebook likes. 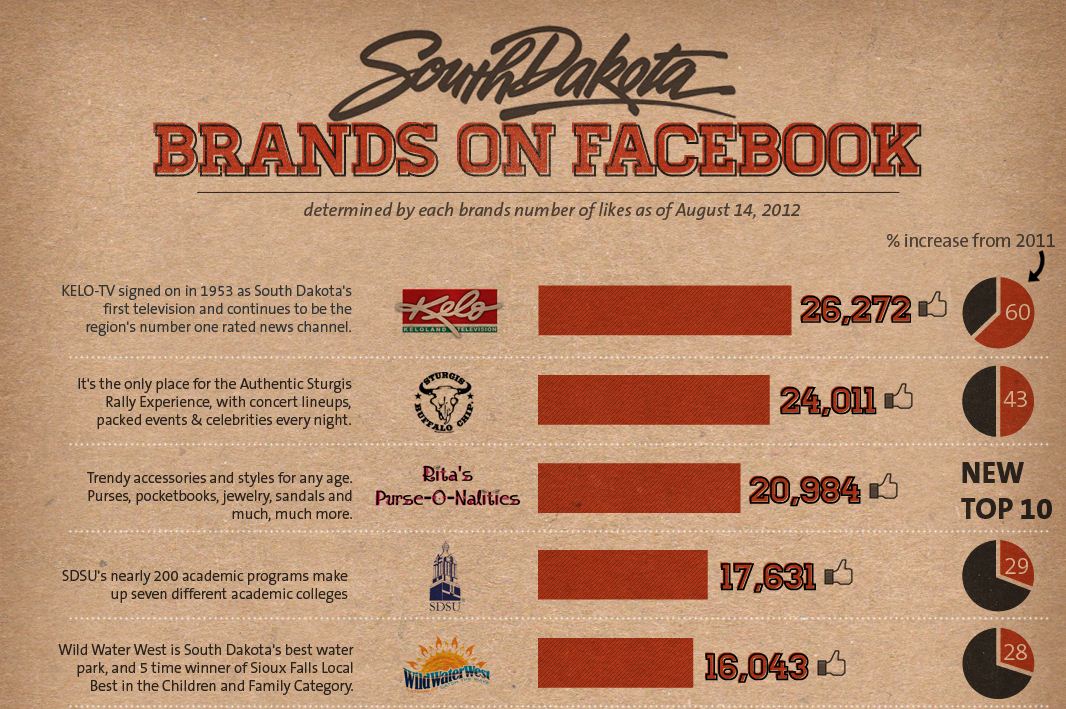 This time around we thought we’d check up on these brands to see which ones are still at the top of our list, which ones have made their first appearance and which ones have lost their hold on the heart of South Dakota. Not only have we updated the brand rankings, but we’ve expanded our brands to include tourist attractions, sports teams and printed press.

Rookie of the year, Chelsea Houska (known for her appearance on MTV’s Teen Mom 2) not only took out January Jones, but surpassed The Spill Canvas by almost 60,000 likes. For a little friendly competition we added a several sports to our list, but you’ll have to see where the Roller Dollz rank for yourself!