Lemonheads Do The GRAMMYs: A Look Into Our Trip 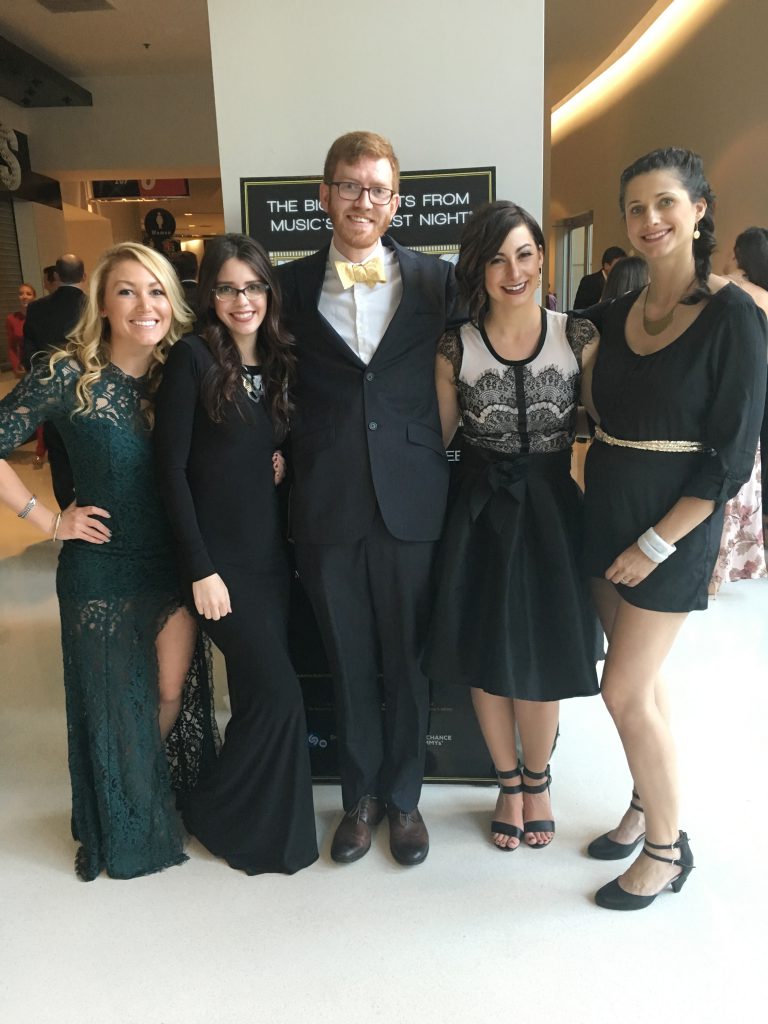 It’s mid-February. Nine of our employees are shivering as they walk to Lemonly HQ in zero-degree weather. Where are the other five?

Soaking up the sun in Marina del Rey, CA and going to the GRAMMYs!

Lemonly does work for The Recording Academy and when we were offered a chance to attend the GRAMMYs again this year, we jumped on it! How could you not? This year, the Lemonheads that got to go on the trip were Project Managers Amy Jo, Becca, and Morgan, Developer Michael, and Office Coordinator/Designer Alyssa.

To get a taste of what everyone thought about their trip to sunny California, here is a little Q&A along with photos by the group.

Who (or what) were you wearing?
Amy Jo: A lace maxi dress from Lulus.
Becca: Jack by BB Dakota Patty Crepon Romper
Michael T: I wore a J. Ferrar navy blue suit with a gold bowtie, courtesy of my friend Kara Brown. (I swear I didn’t just look to see what the brand was.)
Morgan: My top and jewelry were from Lot 2029 in downtown Sioux Falls and my skirt was from Charlotte Russe.
Alyssa: I wore a long sleeve, floor length dress from Windsor.com with some comfortable black flats. I’m not a heels gal!

Favorite performer?
AJ: Taylor Swift
B: Although I’d like to give it to Kendrick or The Alabama Shakes, I thought James Bay and Tori Kelly blew it out of the water. It was my first time seeing either perform and I was amazed!
MT: Kendrick Lamar was by far the most incisive and interesting performer for me. And to have him bookended by the “Hamilton” performance and award win made for an incredible segment of the show.
M: Surprisingly, hearing Demi Lovato singing “Hello” in the Lionel Ritchie tribute gave me chills/goosebumps/all the feels. I didn’t think I was a Demi fan but I thought she KILLED it.
A: I loved watching James Bay and Tori Kelly. I’d listen to that duet on repeat. It was so amazing! 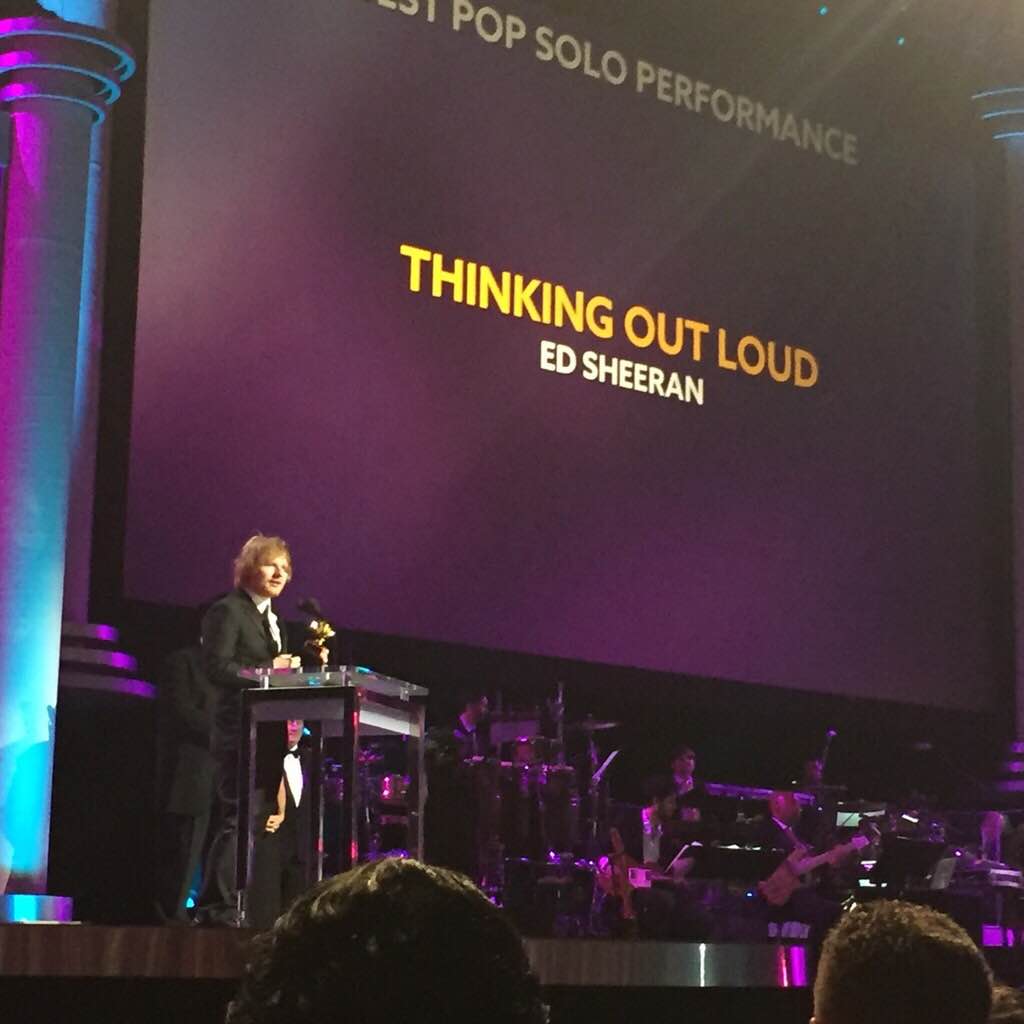 What was the thing that surprised you the most about the GRAMMYs?
AJ: That Kanye West didn’t jump on stage and interrupt an award. I was also surprised at how timed everything was. Amy Wedge’s acceptance speech was cut short by a commercial and the whole stadium booed. But it’s such a production I can see how you have to keep on schedule. Another surprising aspect was that the entire stadium started leaving during Pit Bull’s performance to make it to the after party. Apparently the roast beef line was more important.
B: Just how amazing everyone sounded live! The acoustical engineering was insanely good.
MT: I went to the early show, where they gave out the 75 awards not presented during the televised portion. I was surprised I, a South Dakotan web developer, felt somewhat a part of the crowd, which was full of talented producers, musicians and other nominees, friends and family. I really should have made up a persona, though: “Hi, I’m Hans. I’m up for Best New Age Album… Yes, I am from Sweden. You’re good!”
M: I think what happened during the commercial breaks was surprising/interesting to me. I thought I’d see more awards being accepted during the commercial breaks to fill the time or something. Instead, they showed us clips of past to GRAMMY performances, while the stage was being transformed. Seeing the stage crews tear the stage apart so quickly was incredibly interesting.
A: I was surprised how close the cameras got in the artist’s faces. They just got right up in there! Also, at the after party, they had a McDonald’s station where you could eat all the burgers and fries you wanted – for free. 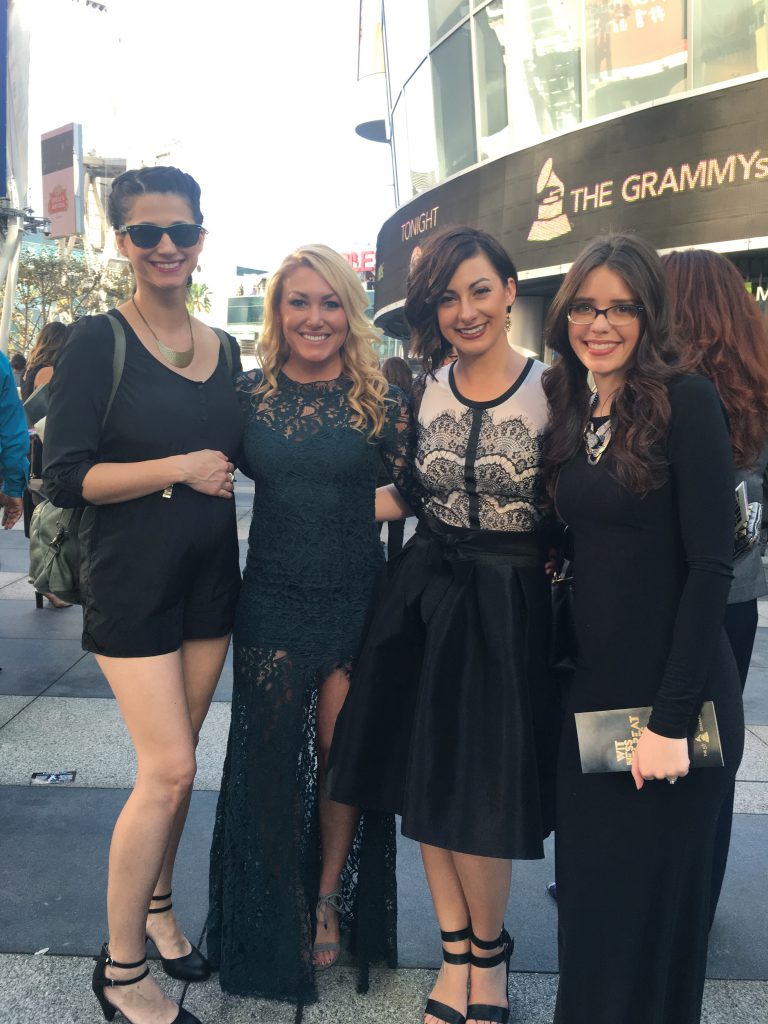 What was your favorite thing about the GRAMMYs?
AJ: I was star struck by the celebrities at the GRAMMY performances, but I also loved the Willy Wonka themed after party. I was amazed at the abundance of food and drinks, performers, trapeze artists and over-the-top costumes and decorations.
B: First, I am a big music lover. Second, seeing The Alabama Shakes up on stage. I’ve been a fan for some time now. Seeing their music appreciated at that level was so cool.
MT: I really enjoyed hanging out with the Lemonly crew. I’m so lucky to work with great people, and get to do things like go to the GRAMMYs.
M: It was so fun to get dressed up and be in a room filled with more stars than I could ever have imagined; but I really loved the after party and dancing the night away to the sweet, sweet old school mixes of DJ Michelle Pesce.
A: Taylor Swift putting Kanye in his place. Taylor, can we be best friends? I feel like we’d hit it off.

Favorite thing you ate at the after party?
AJ: Champagne Cotton Candy.
B: Give me all of the cookies!
MT: There were these s’mores on a stick that defied science. Those were amazing.
M: It was all so amazing, but I grabbed seconds and thirds of the white-chocolate covered caramel apples, so that was probably my favorite item.
A: The salmon! They had a table completely free of gluten. I was delighted! (Mostly because I knew I wasn’t going to be starving for the next 4 hours.)

What did you love the most about the Marina del Rey or Los Angeles area? 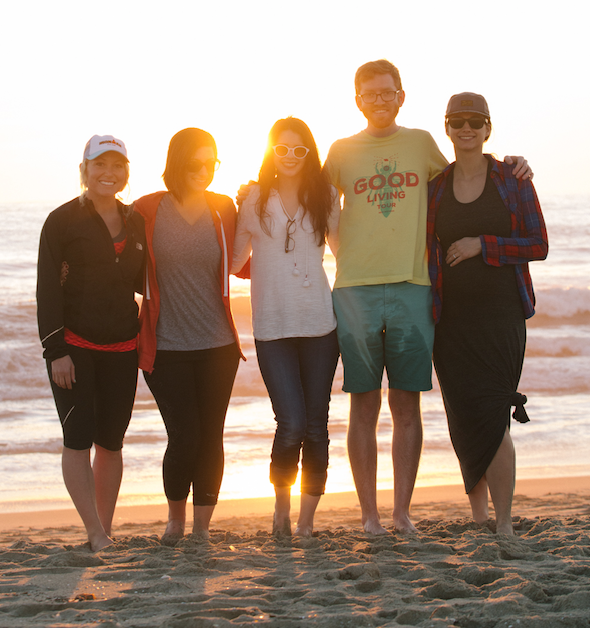 AJ: The close proximity to the ocean! We stayed right on the beach and it was so nice to be able to watch the sunset in the evening and then wake up and run by the water in the morning.
B: My favorite thing about Los Angeles is the ocean and the food. I can’t get a bowl of curry in Sioux Falls to save my life. being around lots of food culture makes me a happy lady! 🙂
MT: I loved standing in the ocean. We should get an ocean in Sioux Falls sometime.
M: THE BEACH, DUH! Before we left for home, I spent my Tuesday morning just roaming around Venice beach, Muscle beach, the iconic Venice Beach Skatepark, and the fishing pier. I freaking love the ocean and I treasure every moment I get to spend near it.
A: The beach was so close to the house we stayed at! I loved being able to just wake up, walk to the beach, and watch the waves crash into the sand. It was so peaceful and rejuvenating.

It was a crazy, fun, and exciting experience that we won’t soon forget. We can’t thank Lemonly enough for the opportunity. 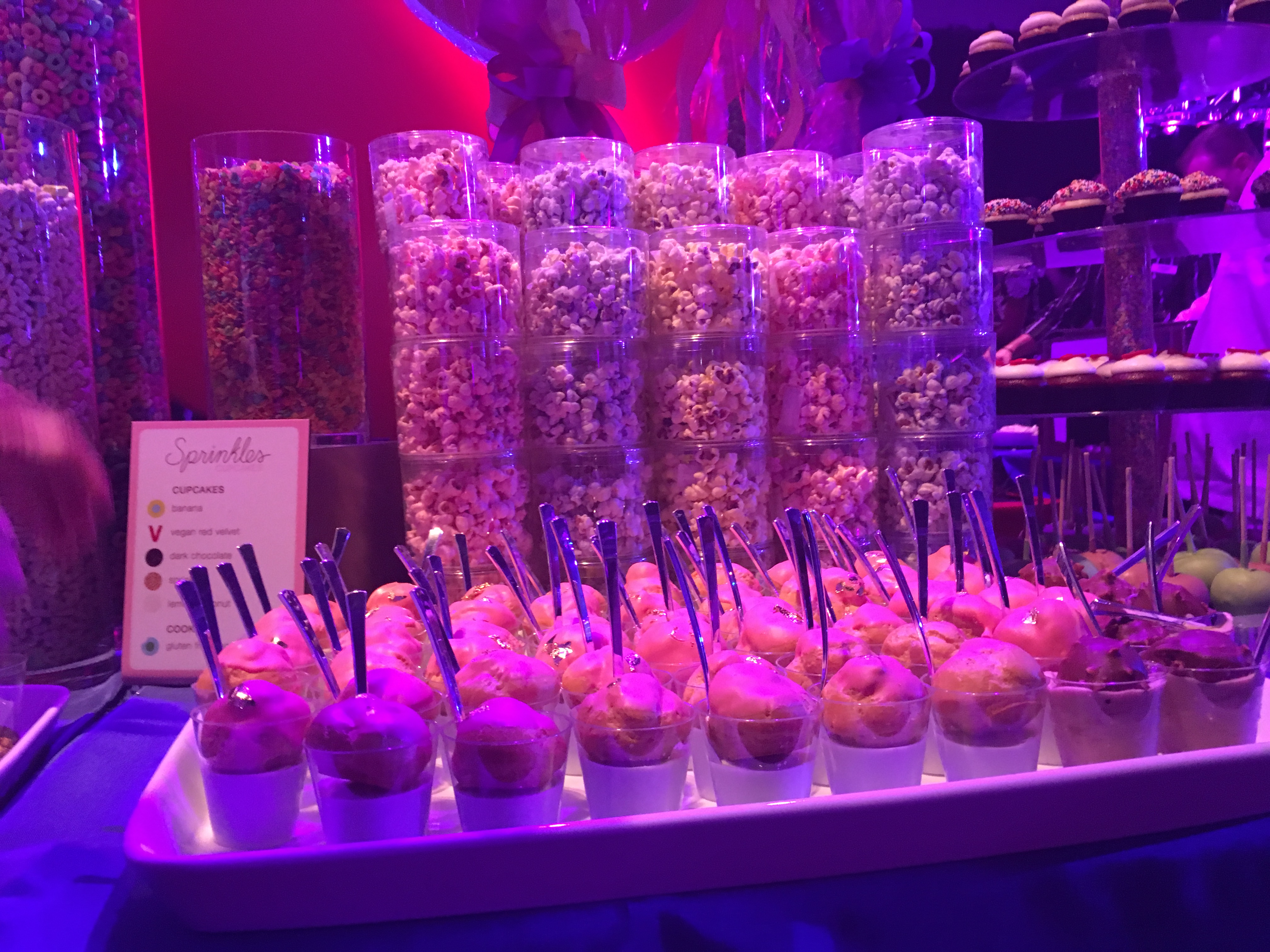 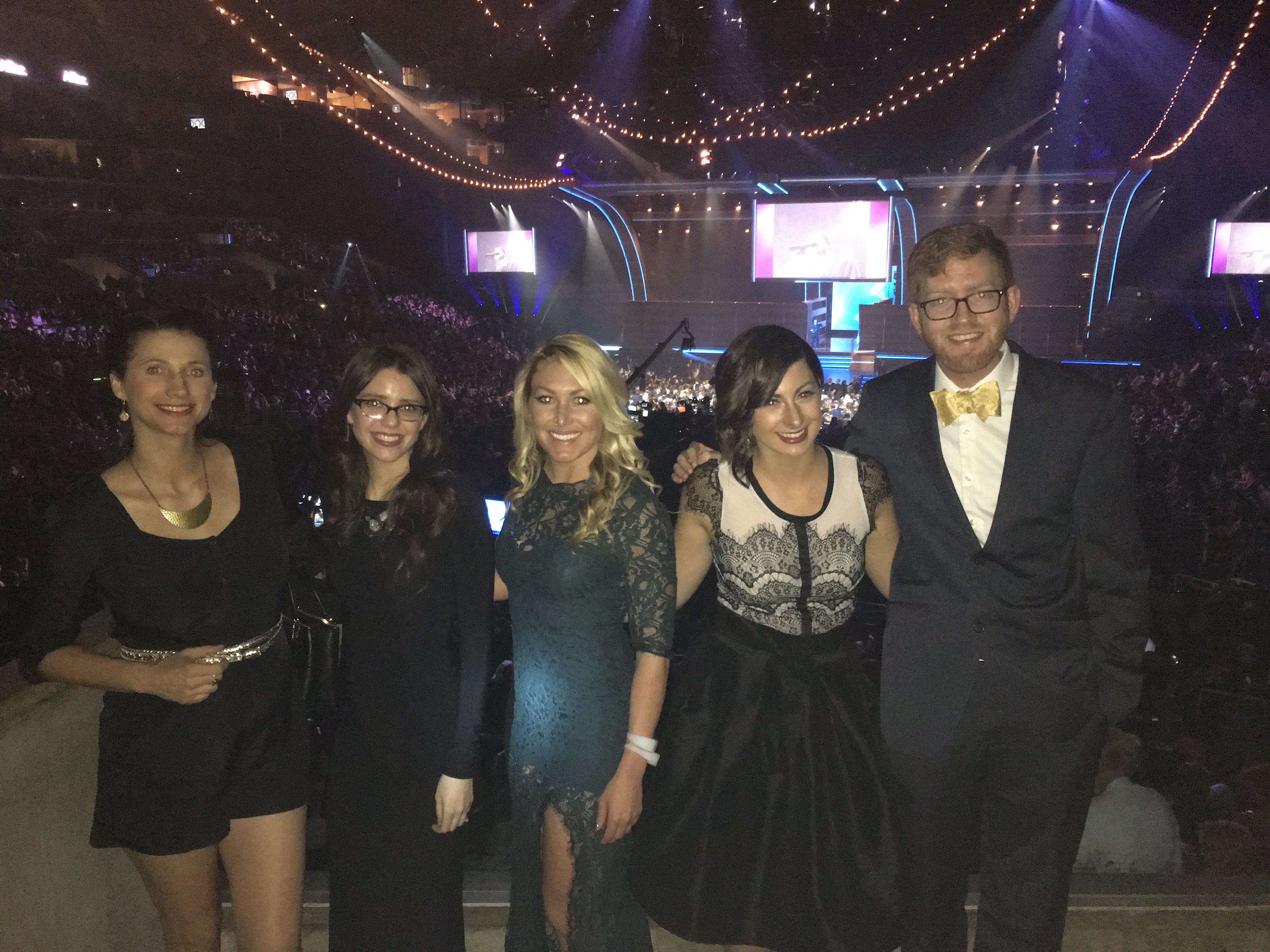 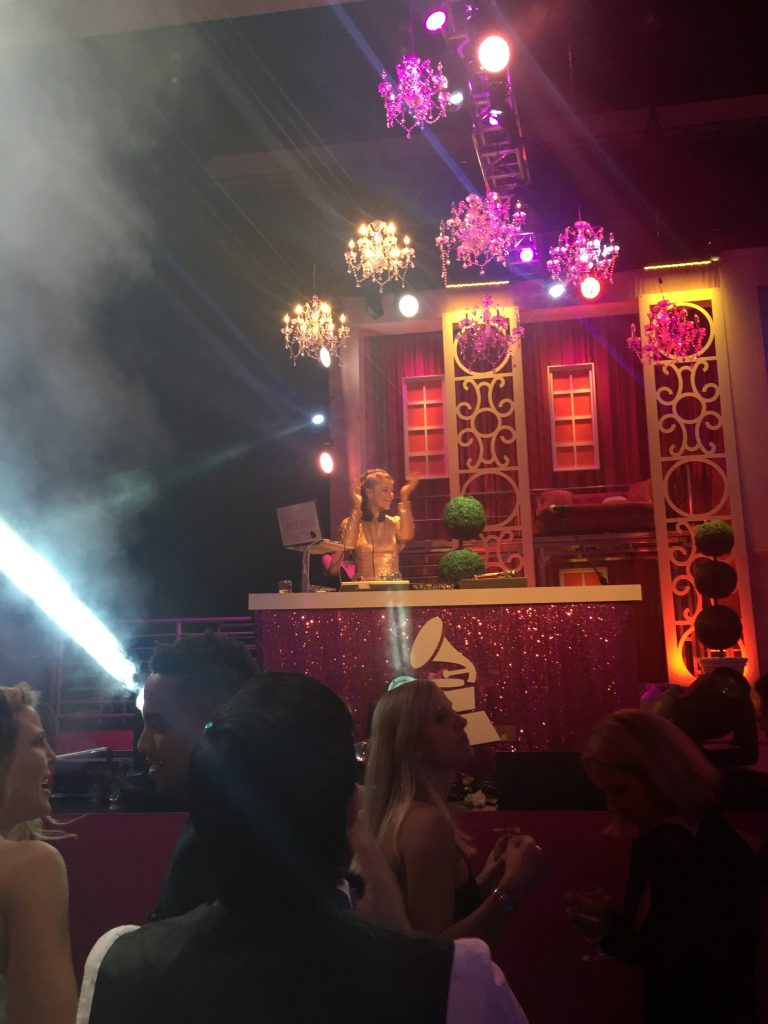 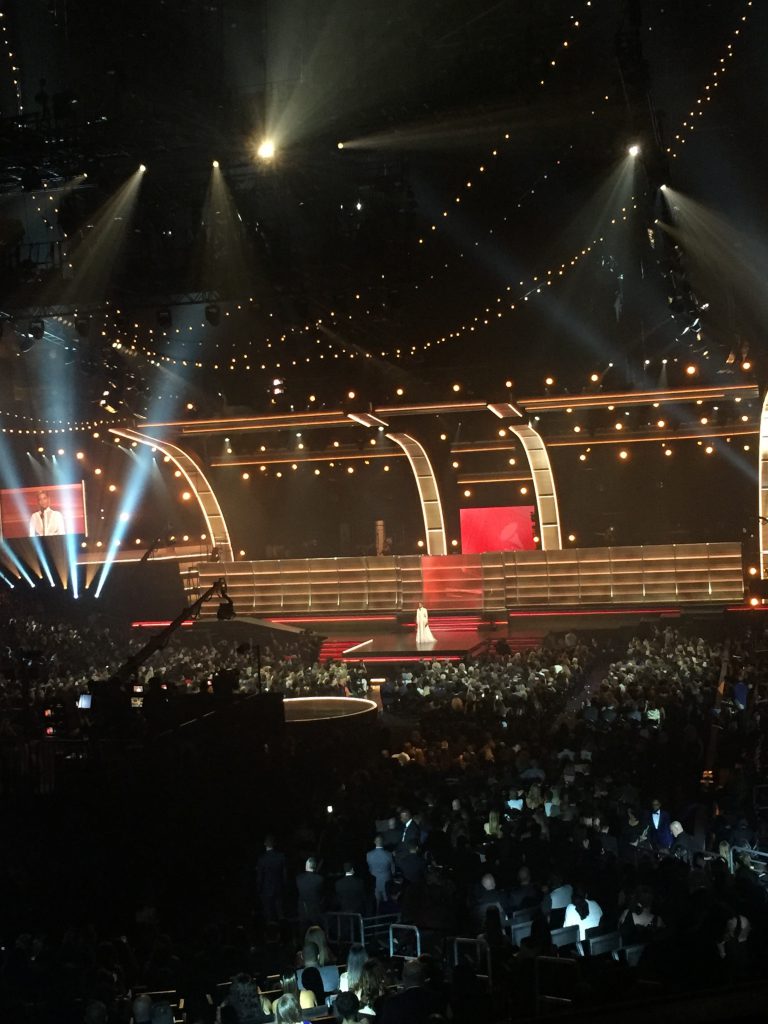 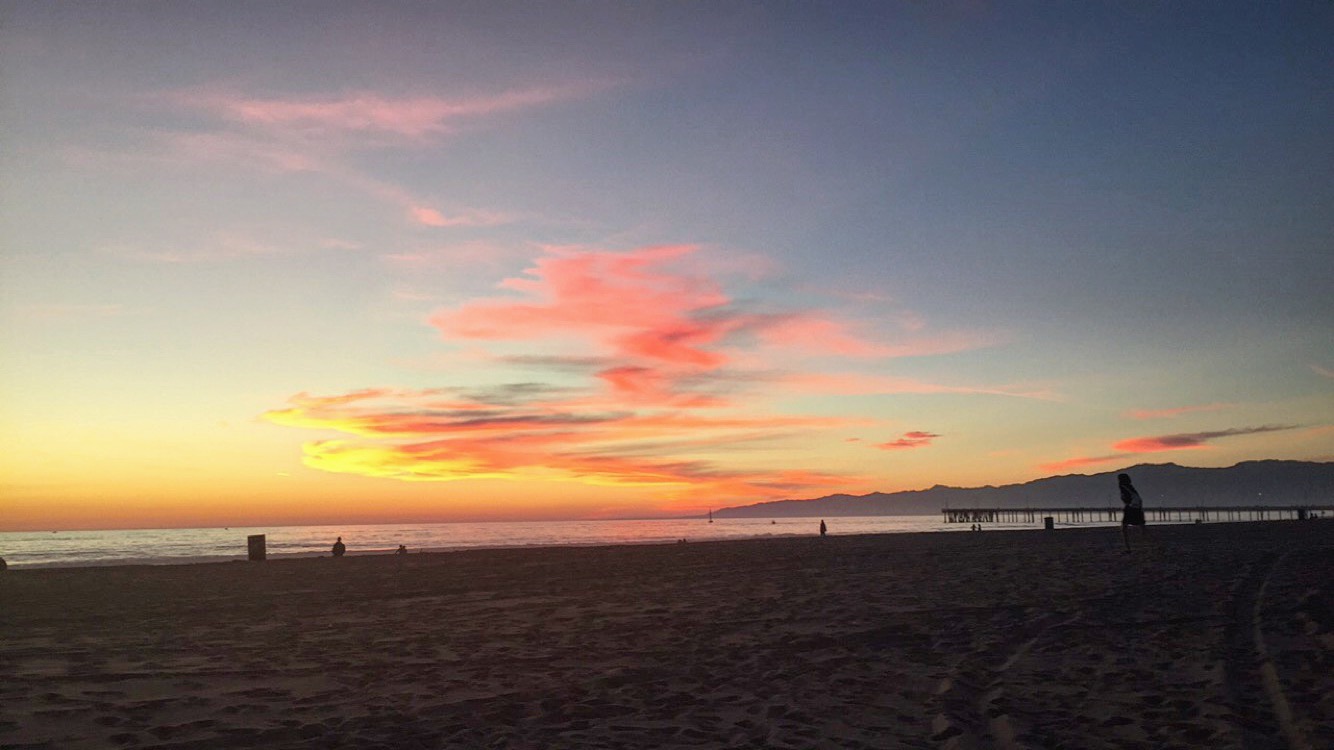