Hey Lemon.ly fans! Our Lemon.ly team is growing faster than you can say “Lemonade”, and we have a new hire. Ian Blue is the newest addition to our team, specializing in app development. His laid-back personality and hard work ethic meshes well in the office. In the short time he’s been here, he is already doing big things. We’re excited to see where he takes the future as the Lemon.ly mobile developer.

Take a few minutes to get to know Ian: 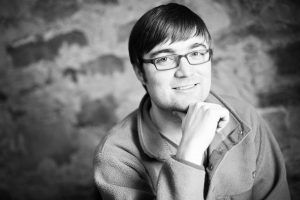 1. Where are you originally from?

2. What led you to become a developer?

I’ve always enjoyed computers and technology, but becoming a developer isn’t something that I had in mind until recently. Looking to try something new, I attended a class in Chicago that focused on making people mobile app developers. Here I am now!

3. Tell us about an app you created.

One of my first apps that I made allowed users to search for businesses and places of interest around them using photos. It worked by integrating location services, Yelp data and Flickr photos.

This may be a boring answer, but Google Maps has always amazed me. It’s such a powerful tool to have in your pocket and its scale blows my mind. Other than that, I find my self opening Instagram frequently. I like to keep my fingers busy with scrolling through photos.

5. What do you like to do in your free time?

I enjoy hanging out in Sioux Falls with friends and I love downhill skiing when I get the opportunity. My summers usually consist of some disc golf, slacklining, camping and cycling.

6. What is one thing about yourself that would surprise people?

I’m freakishly good at magic eye pictures and I can somewhat ride a unicycle.

7. If you could be any fictional character, who would you be? and why?

If I’m going to be a fictional character, I might as well have some super powers to go with it. Maybe Superman? Are there any better ones that can fly?

Keep an eye out for the sweet apps that Ian is working on!