The Evolution of Lemonly

Lemonly has a big birthday coming up. This month, on Aug. 16, we’ll turn four years old. This might seem like an innocuous number, but in a world where nine out of ten startups fail, four years is actually an impressive achievement.

As Lemonly’s most tenured employee (3 ½ years), I’ve had the opportunity to experience Lemonly in its infancy as well as its more established, current state. Sure, we’ve changed a little (including a huge upgrade we’ll get to in a bit), but we still have the same dedication to great design we started out with.

So, exactly what has changed at Lemonly since I’ve been here? 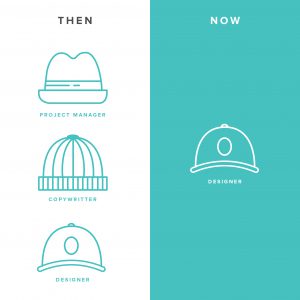 I’ll be doing what?

During an early conversation before joining Lemonly, our CEO, John T. Meyer, and I discussed what my role might look like. If I wanted a job, I’d have to step in and help wherever it was needed: design, sales, and project management. I really wanted to design 100% of the time and was apprehensive about being called on to do any sort of client management, but I agreed, secretly hoping that there was enough design work to go around. On my first couple projects, I was the designer, researcher, copywriter and the project manager. While not ideal, it did give me a chance to learn some pretty valuable skill sets.

Nowadays, we’re much more specialized in our roles. A typical project goes something like this: Ryan Budmayr sells the projects, Alyssa McDowell takes care of invoicing, Tess Wentworth handles the research/copy, and Morgan Hauck takes care of the client, leaving me free to focus on the design. Yes, we can all still step in and help wherever needed, but I’ve been able to grow so much as a designer by being able to work on my craft all day, every day. 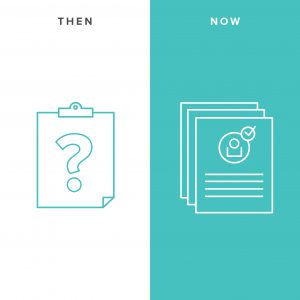 If I’m being honest, this has been one of the most difficult aspects of joining a startup. As employee number two, you’re the “guinea pig” or as I often felt like saying “the squeaky wheel”. You’re essentially the first person to have a specific question or issue with the company. Lemonly barely had a vacation policy, let alone a maternity leave policy (a question I made sure to get answered before I said “yes” to the job). You will be able to hear all about the evolution of Lemonly’s vacation policy on our new podcast, Humans and Resources.

We’ve made huge improvements in HR since the early days, including an employee handbook, automatic payroll (yay!), and even profit-sharing options. While definitely not sexy things, they are so important to making employees feel valued, comfortable and secure. 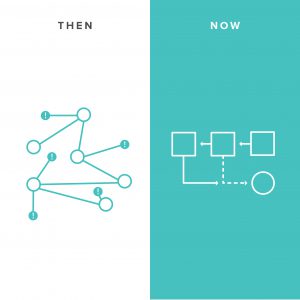 So this is a tricky one. No one wants to be buried in processes or stuck in meetings all day. However, when there’s a lack of basic procedures, it can be just as unproductive. My first day at Lemonly, I had a meeting with the existing 9 Clouds/Lemonly employees (read: four people) for introductions. It was the first time they said they’d had a group meeting, ever. It was awkward…

Fast-forward to today and we have some really great written-out processes that cover the majority of what we do. We probably have ten times the meetings than we used to, but we’re also much more efficient and organized. We’re still trying to find a good balance, but as I’ve learned, the current state can always be re-evaluated and tweaked. 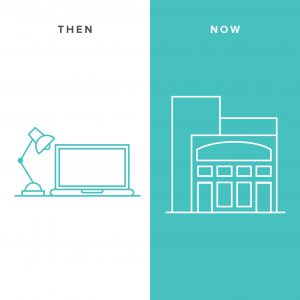 I’ve always been really excited about working in downtown Sioux Falls. It’s in a fabulous period of rejuvenation and Lemonly has been able to call it home from day one. During my first six months with the company, Lemonly operated out of the co-working space, Meso. It was a super fun environment, and we collaborated with a lot of talented people. However, we were a growing company and soon needed our own space and our own identity. We traveled five blocks uptown and found our current home in the Falls Center. With our exposed brick and vaulted ceilings, we finally had space for important things like desks and a beer fridge! With a lease of our own, I think we all felt pretty legit for the first time.

It’s been almost three years since we moved, and Lemonly again has a serious case of growing pains. Pains, which I’m thrilled to say, our co-founders have heard and have remedied! We’re now in the process of renovating our new and hopefully forever home in the heart of downtown Sioux Falls. It’s an exciting move for Lemonly and a tangible result of our success.

It’s obvious Lemonly has grown up. We’re still exploring and experimenting, but we’ve become a well-established company. I’m really happy to have been part of Lemonly from early on, and I can’t wait to see what I’ll be writing about in another four years.