At the beginning of the year, in our weekly management meeting, Lemonly CEO John Meyer asked just how many projects we’ve done as a company.

We’d always thrown out estimates based on our numbers from years past, but didn’t actually have a running count. “Over 700” was a number we’d throw out in sales calls, but we started to become curious about just how many infographics, microsites, videos, and presentations we’ve done in our almost four years as a company.

After doing a little research from past years and tallying up where we were so far in 2015, we found that the number was close to 900. Whoa!

Knowing we’d pass 900, John was adamant that we do something for 1,000th project, whenever that moment arose. Since we’re not ones to turn down a party, the project managers started tracking that number a little more closely week by week and watched it rise. After a couple of months of crossing new projects off as completed, we’re proud to finally announce that this week we’ve made it: Our 1,000th project is finished. Cue the trumpets! 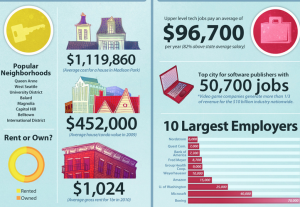 Though we had completed a few infographics before officially becoming Lemonly, we’re counting this Zaarly Seattle consumer infographic as the first project crossed off the list.

(Fun Fact: This project was actually our second infographic with the company, as our first graphic with them happened before we branched off from our sister company 9 Clouds.)

(Additional Fun Fact: We almost were “Leftee” instead of Lemonly.)

So what is our 1,000th project? While not published yet, we’re counting a soon-to-be-published MLB infographic as the prized and honored project. 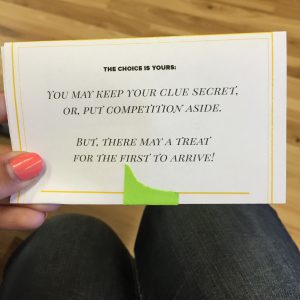 As promised by our CEO, we definitely got to celebrate our milestone with style. Once 3:30 hit yesterday afternoon, the Lemonheads were graced with three separate clues to read as our co-founders and lead designer snuck away to a mystery location. If we wanted to know where this party was, we were going to have to do a little work to get there. Challenge accepted. 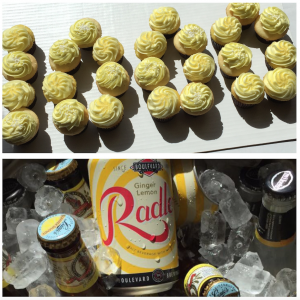 The plot twist was that these clues not only gave us the location of our party site, but also to where our the new Lemonly HQ will be. As we read the clever poems, we worked together to figure out just where we had to go. After figuring out it was the “Best Building” in downtown Sioux Falls, we were greeted with lemon cupcakes and three kinds of lemon libations. (Best. day. ever.)

After eating our treats and cheers-ing to our accomplishment, we got to wander around the empty building and dream of what’s to come in new space that’s in the midst of becoming a blank canvas for us to make our own. To end the celebration, we got a tour from the co-founders explaining their vision for the space. We couldn’t be more excited to see how it all unfolds in the next two months. 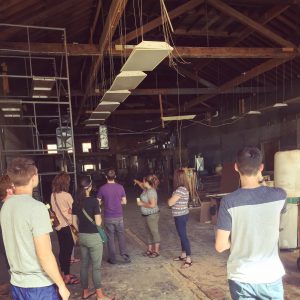 From a scavenger hunt to exploring a new space, it felt good to pause making sweet visuals for a brief moment and celebrate this accomplishment.

We’d like to thank all of our wonderful clients and infographic lovers around the globe for helping us get to these first 1,000 projects in the bag. Cheers to the next 1,000! 🙂