So Captain America and Iron Man walk into a bar: Who gets served first?

With the success of Black Panther so far this year and the release of Avengers: Infinity War coming Friday, April 27, we wondered: Which Marvel movie characters are the most popular? We couldn’t resist a deep data dive. See below for our findings.

But first, how is popularity determined?

Among 30 characters who received first, second, or third billing in the Marvel movies released so far, it’s no small feat for Ant-Man to start our list off at #10. Paul Rudd’s role was worth an estimated $4.8M in his 2015 eponymous film’s opening weekend.

Actress Gwenyth Paltrow received second billing in both Iron Man 2 and Iron Man 3, making her portrayal worth an estimated average of $5.2M. Now that’s gotta cover all the damage Tony has wreaked upon their home.

Black Panther’s opening weekend was so big that even its second-billed role — that of villain Erik Killmonger played by Michael B. Jordan — was worth $6.9M. Don’t go spending that all on one big piece of vibranium, OK, Erik?

Benedict Cumberbatch’s Doctor Strange is valued at an estimated $7.2M to place him at No. 7. Hopefully, he has zippers on those pockets so that when he turns the world sideways, all that money doesn’t fall out.

The only “alien” on our list is none other than Asgard’s own Thor, played by Chris Hemsworth. At this point in the Marvel Cinematic Universe, Thor has starred in three of his own movies, and also received second billing in Avengers: Age of Ultron, worth an estimated average of $7.4M.

While an estimated $8.9M won’t turn back time for Chris Evans’ Captain America, it does place him halfway down our list. He’s also starred in three of his own movies, but apparently, resonates a bit more with moviegoers than the hammer-wielding god just above.

Now what can a high schooler like Peter Parker — played by Tom Holland — do with an estimated $9.8M? Certainly that should mean he no longer has to sell photos of his superhero self to the newspaper, right?

Oh man, oh man. Just think of how many vintage mixtapes $10.1M can get Chris Pratt’s Star-Lord. That’s how much opening-weekend money we estimated two starring roles in Guardians of the Galaxy movies have earned him.

Now we’re getting to the big leagues. Robert Downey Jr.’s Iron Man is the original Marvel Cinematic Universe superhero, and has received top billing in seven out of the 18 movies released so far. That’s earned him an averaged value of $10.7M.

So you can believe the hype. The opening weekend of Black Panther brought in $201.8M, which puts its titular role, played by Chadwick Boseman, in first place here, worth an estimated $17M all by himself. Wakanda superhero can match that? None. 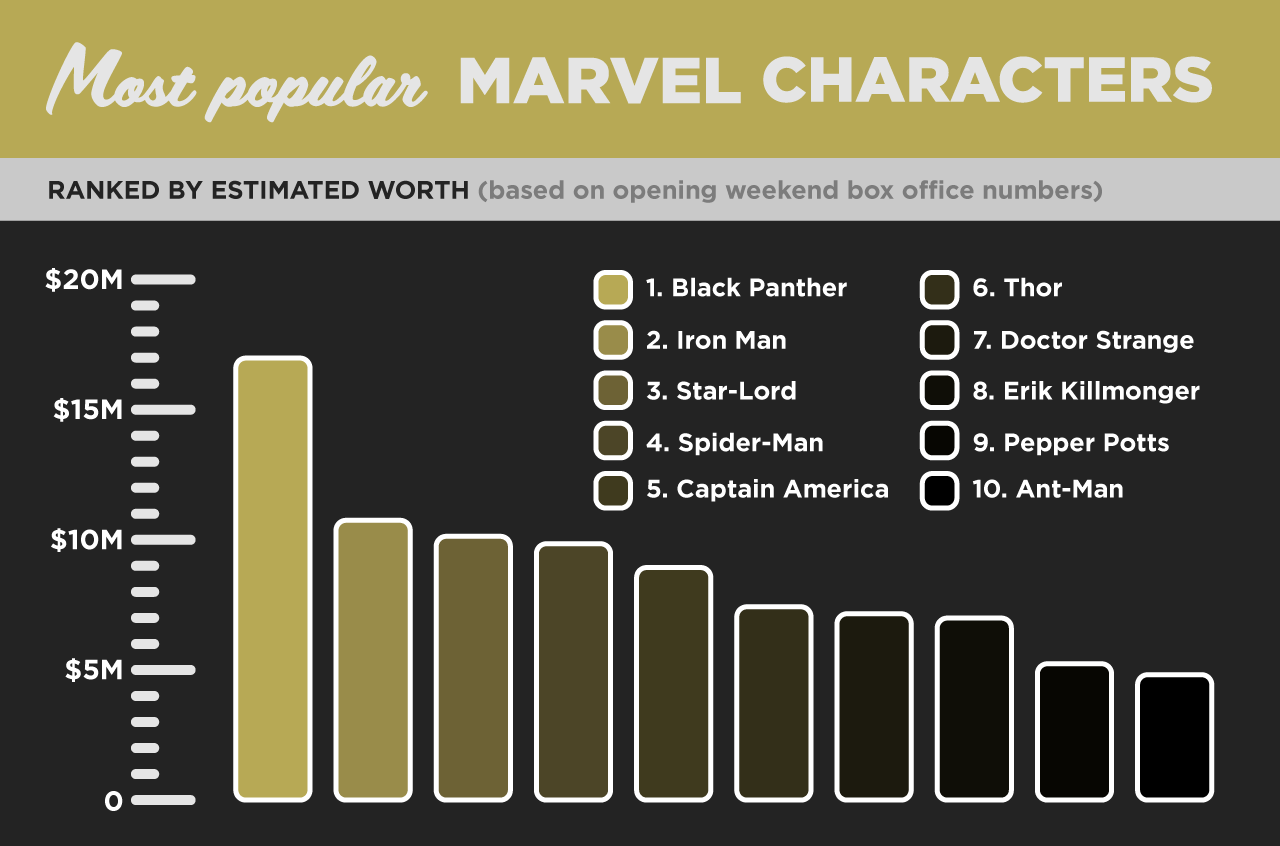 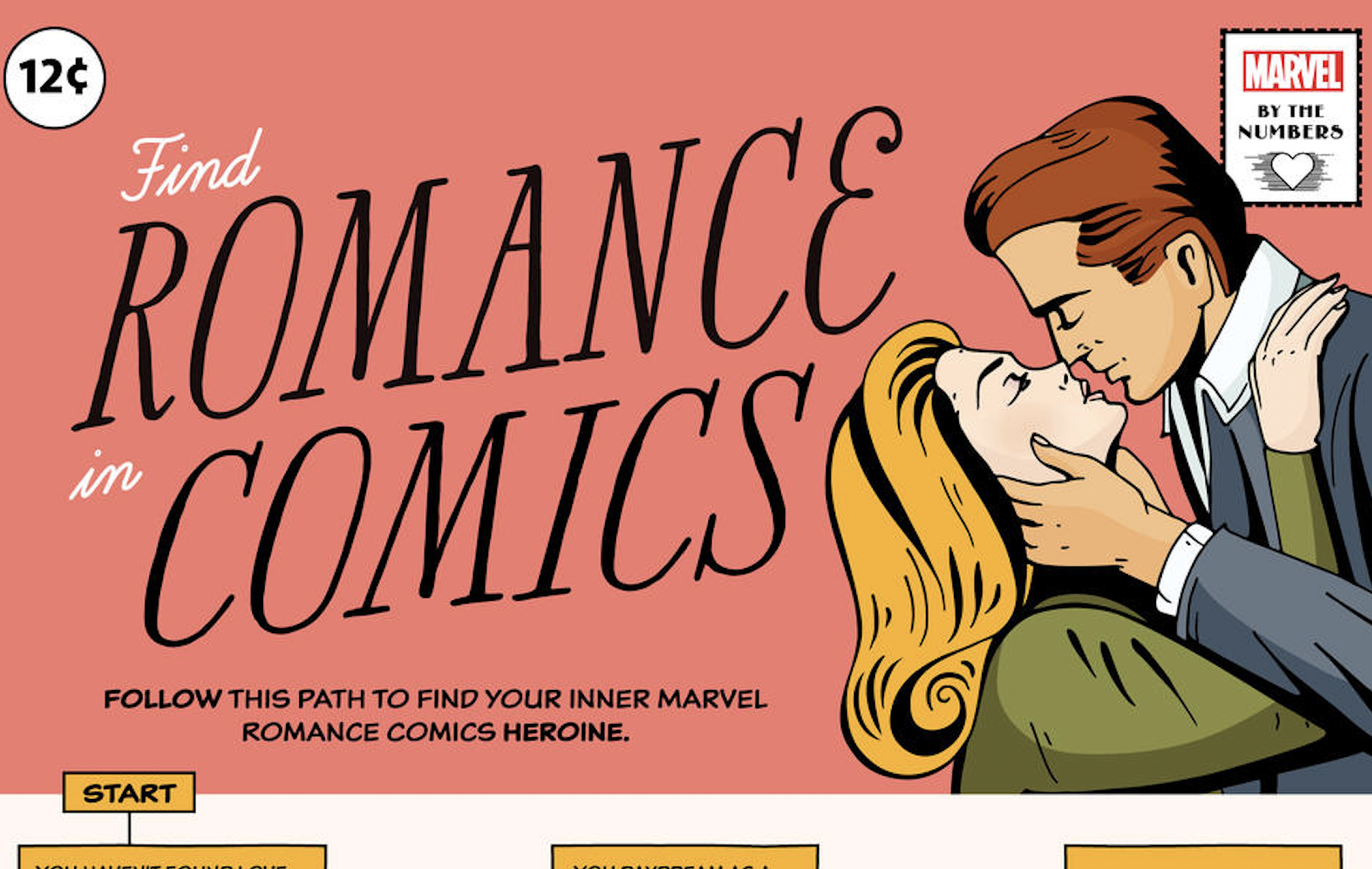 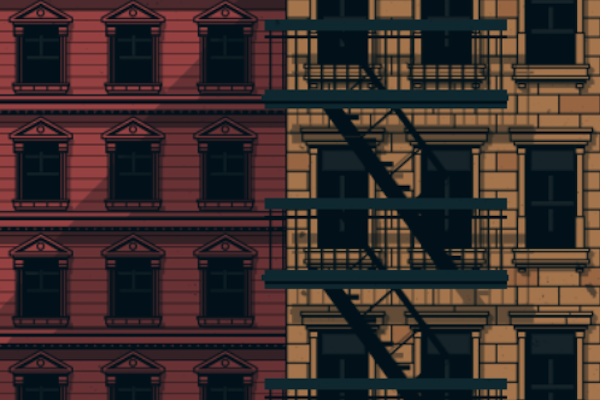 Luke Cage: Destruction by the Numbers