What Do You Think I Do, Dad? | Happy Father’s Day!

Do your parents really know how you spend your work days? For Father’s Day we wanted to do something fun and a little unexpected, so we challenged our dads to describe what we, as individuals, do at Lemonly. A few of them got it right, but for the ones who didn’t, their answers are hilarious!

We apologize for any minor embarrassment we bring upon our dads by sharing their answers. 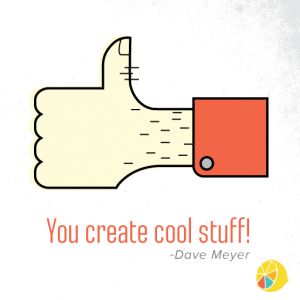 John T. Meyer
Position: Co-Founder/CEO
Since: 2011
Dad: Dave Meyer
What he thinks John does at Lemonly:
“Here is my ‘elevator answer’ when people ask. ‘Lemonly does info graphics for businesses and corporations. You know the little square in the lower corner of the USA Today with a visual chart or graph?…it is kind of like that!’ Hope that will make you feel good. You create cool stuff!”

Morgan Hauck
Position: Community/Project Manager
Since: 2012
Dad: Reed Hauck
What he thinks Morgan does at Lemonly:
“I believe you to be a Digital Media / Marketing account executive. Specializing in infographics used to promote corporate and individual clients on their websites. You are their go-to person in charge of listening to their needs and strategizing a game plan for marketing your client’s company, through the customized fact-filled infographics designed by Lemonly.

I believe Lemonly researches little known facts of particular interest for their customers. They design custom graphics to be used with these facts to catch the attention of their client’s potential customers. You are a listener, a people person and a planner.” 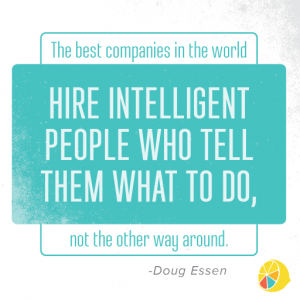 Becca Eisenhauer
Position: Project Manager
Since: 2014
Dad: Doug Essen
What he thinks Becca does at Lemonly:
“I read your Facebook Lemonly posts and I can see a think tank team in action. Lemonly has adopted a visual format that is recognizable. I see similar marketing format when I watch national TV commercials, so this format is the new accepted marketing format. Lemonly reminds me of a Silicon Valley team that takes on an idea and brainstorms through ideas until the product is finished.

The best companies in the world hire intelligent people who tell them what to do, not the other way around. As a Father, I am very happy that you work in an environment that you genuinely like and where your marketing skills and talents are on display. Thank you for being you, Becca, it has been rewarding to me, as a father, to watch your development.” 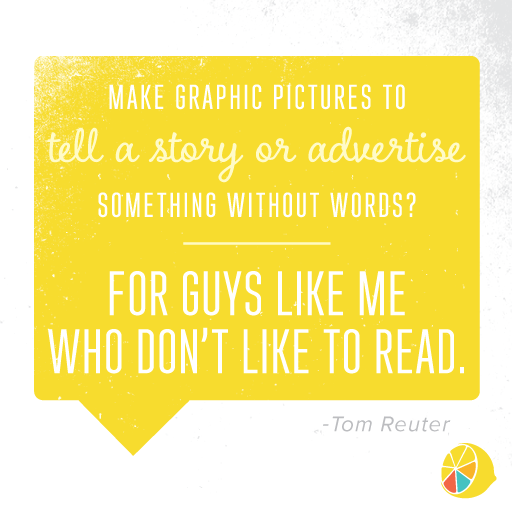 Amy Thorne
Position: Project Manager
Since: 2013
Dad: Tim Reuter
What he thinks Amy does at Lemonly:
“That’s a good question. I always struggle when someone asks… I’m not real sure…
Make graphic pictures to tell a story or advertise something without words? …For guys like me who don’t like to read.”

Tess Wentworth
Position: Project Manager Intern
Since: 2015
Dad: Jim Wentworth
What he thinks Tess does at Lemonly:
“Learn the system, manage accounts, tech stuff, booze it up in the afternoon!”

Connor Burtis
Position: Visual Designer
Since: 2014
Dad: Steve Burtis
What he thinks Connor does at Lemonly:
“Don’t you make lemonade at Lemonly?”

Cheryl Loh
Position: Visual Designer
Since: 2014
Dad: Bernard Loh
What he thinks Cheryl does at Lemonly:
“Lemonly is an agency that does things for clients, and you help design all those things the clients need, like brochures.”

So once I got his answer, I told him what we were doing with his answer and he said:

“Oh, you should have told me that! I would say that you sit around in your pj’s and drink ginger beer!!”

Ashton Dockendorf
Position: Lead Designer
Since: 2012
Dad: Lyndon Hofer
What he thinks Ashton does at Lemonly:
“I think you use your graphic design knowledge to make advertisements for the web.” 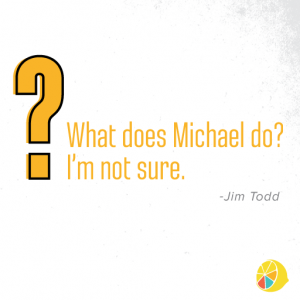 Michael Todd
Position: Developer
Since: 2014
Dad: Jim Todd
What he thinks Michael does at Lemonly:
“I’m really not sure what that is all about, being an adult who had computer training in college that involved punch cards and a computer that took up an entire room in the school.
What does Michael do? I’m not sure. But I guess I take for granted the way my computer works. I consider myself a little (or a lot) behind times as I have not kept up with the technology that has raced by me. I suppose it is due to people such as Michael and Lemonly that make these computers do their thing.”

I guess they all can’t know everything after all.
Happy Father’s Day!