If you’ve been on our blog before, you might recognize Lemonly’s freshest visual designer: Carly Ribstein. After temporarily joining the team as the graphic leg of our 2017 Slice intern tripod, she followed the coyote call back to the University of South Dakota to finish earning her degree. A year and a fancy piece of paper later, Carly came back and joined the crew full-time, and we’re pretty pumped on it!

We ran her through the ringer to see where she gets her inspiration and why she decided to bring her talents back to South Main. Read on!

When did you know you wanted to be a designer?

I decided to focus my fine arts degree on graphic design towards the end of my sophomore year of college. Before that, I considered printmaking and painting, but felt most drawn to graphic design after taking an intro class.

What’s one thing the Lemonheads still don’t know about you?

I am a jigsaw puzzle master.

I’m often influenced by artists and illustrators outside the graphic design realm, so here are a few accounts that inspire me with their concepts and craft.

?go with the flow

Seeing a flash of iridescent green flit through the garden feels like magic, doesn’t it? #coleus

If you could live in a fictional universe, which one would it be?

I’d be the third wheel to Abbi and Ilana’s shenanigans in Broad City.

What kind of music do you listen to while you work?

Podcasts! I’m a big fan of the Earwolf network, especially Throwing Shade, Who Charted, and Raised by TV.

A childhood staple—Napoleon Dynamite. Some may disagree, but I think it still holds up.

Though I can’t take all the credit, I’m most proud of Lemonly’s 2018 desk calendar. My intern team was tasked with organizing this project, and we thought it was a great way to showcase our designers’ illustration skills all in one place.

If graphic design as a profession was taken over by artificial intelligence next month, what’s your backup career?

I’ve always been interested in set design for film and tv. It seems like an incredibly creative and conceptual process and such an integral part of creating a believable storyline.

What made you want to come back to Lemonly full time?

It was an easy decision for me. Lemonly gives me the work I want to be doing and continuously challenges me to become a better designer.

What’s the key to being a kick-ass intern?

Asking a lot of questions and taking chances in your work. Be open to learning from the team, and don’t be afraid to share your own ideas in the process. 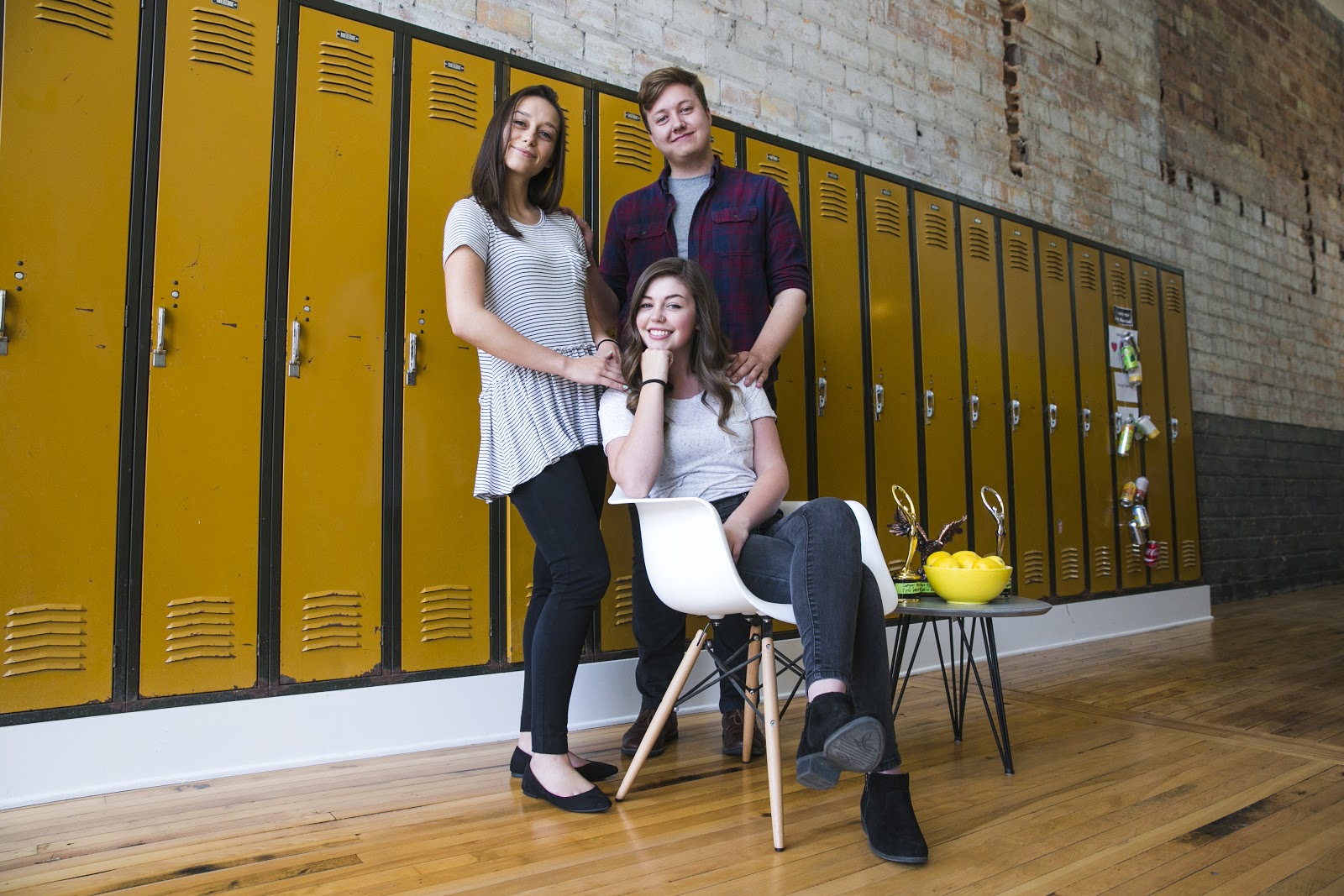 Has your preference for pizza over burritos stayed strong? What’s your pick for the best slice in Sioux Falls?

Still team pizza, through and through. I’m not very picky with my ‘za (I’ll literally eat it from a gas station, please don’t judge me), but I am a pretty big fan of the pizza next door at Mackenzie River!