The talented and creative Lemonly employees work hard to bring you information in the most interesting way we know how. Amazingly!

But they are normal people as well. Normal people with normal lives, normal problems, normal… side businesses.

What? Yes, apparently we have a few overachievers in the fruit bowl. People who feel like it’s not enough to have an great gig into which they pour their heart and soul. They have extra heart and soul at the end of the day to pour into something else.

This post is the first part in a series that will highlight those overachievers, I mean, talented individuals and look under the peel, as it were.

Let’s find out more about what these people do outside Lemonly in their downtime, or, how they Le-Moonlight. 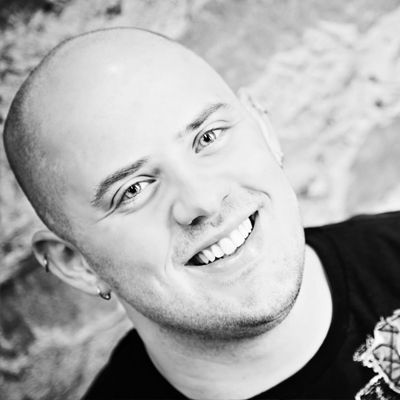 Our first study is Chris Biewer. He’s our local animation expert. I’ve seen him do some incredible things with our client videos. Seems like a nice guy but just underneath you can sense some rage, Cosmic Rage to be exact. (Sorry for the cheesy segue. Sometimes you do what you got to do.)

Cosmic Rage can be described as a animated comic book, and it has been a passion for Chris 10 years in the making. Now he gets to share it with the world.

Chris will debut Cosmic Rage this Sunday, April 17, at noon at the SiouxperCon in Sioux Falls. The conference is held at the Best Western Plus Ramkota Hotel. RSVP here.

I’ve been following production since I found out about it a year ago, and I have to say the nerd side of me is stoked about this.

Let’s find out a little more about the story from Chris himself.

How did you get started doing animation?

Cartoons! Every afternoon after school and every Saturday morning. Eventually, I started taking the characters and started making my own stories using how-to-draw books from book orders (remember those?) as references.

Bruce Timm’s Batman, Ninja Turtles, Bucky O’Hare, X-Men, all of these shows and countless others kept my sister and I out of trouble on the family farm growing up. We really had to use our imagination to entertain ourselves.

Give us a brief summary of the storyline for Cosmic Rage.

The storyline takes place in Chicago 10 years after a meteor crashes into the Earth. Each character has a future that they are fighting to build and the forces that be that prevent them from accomplishing that goal.

Which character do you relate to the most?

I relate to all of them, as weird as it may sound. There is a little piece of me in a lot of the characters. For instance, Zeth is a pretty stubborn guy, sometimes cocky, and isn’t one for taking orders.

On the flipside, Jani is working to build a better world and is super helpful, polite, and just an overall good person bordering on naive.

I feel like the characters have evolved over time, and each of them has taken on a personality from a time period of my life. 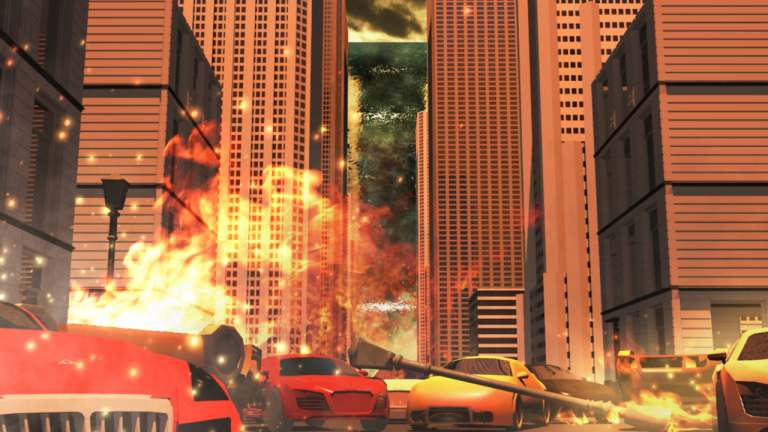 You received a grant from the South Dakota Arts Council, and you took some time off from Lemonly to work exclusively on this project. Tell us about that.

The South Dakota Arts Council awarded me a project grant that allowed me to take a month off from work to cover my cost of living so I could work on Cosmic Rage full-time.

At the time, I was working on some additional artwork to fill in some dialogue areas, setting up 3D environments and renders along with going through final script edits. The most enjoyable aspect of that time was going through voice over auditions and hearing so many great auditions and people willing to be a part of the project. It was amazing to hear people bring characters that I created to life and give them a personality and a voice.

Fortunately, our boss John was really open to the idea after I kinda laid out my idea and he was willing to work with me on a schedule so I could wrap up the story to share with everyone this summer.

On your website, you talk about the stories that came before Cosmic Rage. You said, “I began to realize that these were not stories I wanted to tell; rather, they were things that I liked—two vastly different concepts.” How do you know the difference between the two?

I originally created these characters in high school. I’ve always loved telling stories, and I wanted to finally make characters of my own. The world they were in was heavily influenced by other shows I was watching. For instance, I was really into this show called Outlaw Star, which takes place in space and has space pirates, treasure hunts things like that. My story had all of those things too.

I think it’s important to be able to step back from your work and see if you are inspired by something or if you are blatantly ripping it off. For me at the time, I didn’t have a story or idea to convey to people, so I was borrowing from elsewhere to fill that gap. The characters had no motivations.

After I had an idea of what I wanted people to think or talk about after watching Cosmic Rage, I could then start to shape my story and removed everything that I felt was too close to other materials. I still believe that artwork can shape and inspire people, which is why my own story was so important. 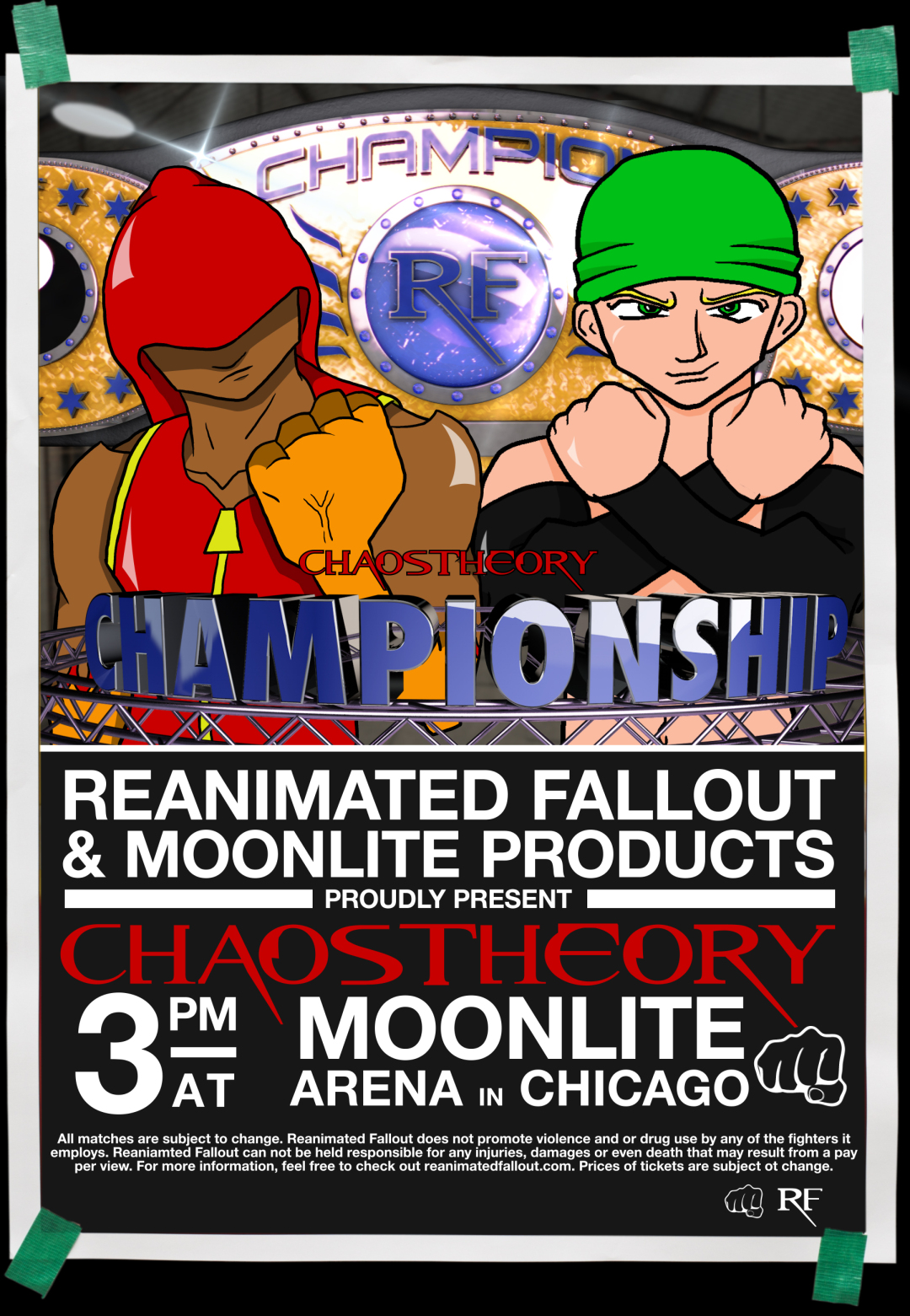 You said on your site that this story has been in the works, from concept to completion for 10 years. What kept you going?

I hate leaving things unfinished. I feel like Cosmic Rage is a story that I need to tell and that people need to see. Shows like Batman and Dragonball Z (had to mention it, Z-warriors!) inspired me to become an animator and create things for people to enjoy. The second aspect was part fear. I didn’t want to look back at these characters and this story and wonder what could have been. I want to know if it’s successful or not.

In this project, you use a combination of 2D elements in a 3D environment. What made you choose this style of storytelling?

I dabbled around a ton for storytelling devices for Cosmic Rage. It started off as a comic, then it was going to be a game, but as an animator, I wanted it to move. 2D animation always has a special place in my heart, and I knew I wanted to do the characters in 2D. I then discovered how a show called Archer was made, and how they used 3D backgrounds and 2D characters.

I borrowed from a blog entry I read on how the show was made and went with it. 3D assets are available online to buy along with texture packages, so you can create a pretty robust scene in a shorter period of time, so more focus can be on characters and story.

It was also more cost- and time-effective. For instance, there are maybe six to eight areas/locations that Cosmic Rage takes place in. By building 3D environments, I can reposition cameras around and get the background I need really quickly. If I went a true 2D route, I would have to create a wide range of backgrounds of the same place, just different angles and perspectives.

What things are you loving these days? (Could be anything from food to office supplies, Netflix shows, etc.)

I first need to give a huge thank you to all of the people that have supported the project in one way or another and to all of the amazing people I had a chance to meet and work with. I really wouldn’t have been able to share this project without all of their work.

Back to the original question, though. I’m loving Thai iced teas. I had one for the first time over spring break and can’t stop drinking them, they are just amazing. Also loving that spring is around the corner so I can get back to gardening, growing veggies and doing some hiking!

If you like Chris’s story and want to see more of it, click here to help him with the production costs. There’s more than you might think.